Mobile phones have all kinds of functions, which make our life more convenient and interesting. With the time we are using, we find out that our phone battery is running so quickly. Although the producers have been working on the phone battery improvement on faster charging and longer using life, we still believe there are some tricks to keep our phone battery in a long using life. Here Etrade Supply mainly concludes 12 mistakes we probably make while charging our phone, and some of which we might take for granted but are not true. Let’s see what they are.

1. Charging your phone to the max before using it for the first time. 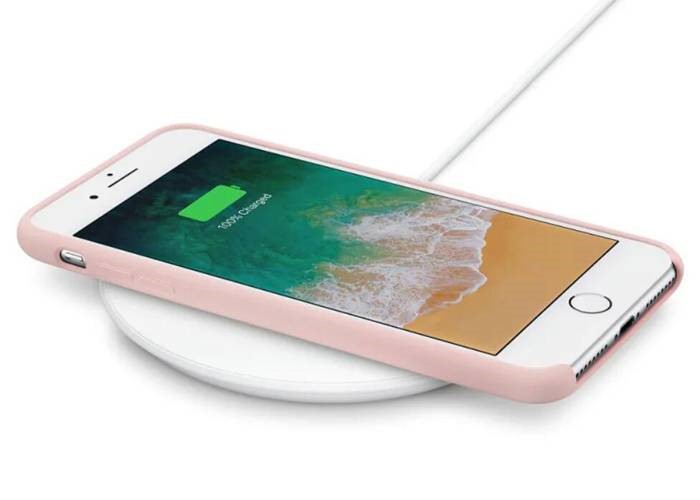 2. Not using your phone while it's charging.

Maybe most of us would think this is true that using our phone while it is charging will be harmful to our phone battery. This is also a misconception. The battery is charging on the power when you plug your phone whether you use it or not. Just like adding one more task to the device when it is working not over-workload. The thing is, while, we’d better not make any phone calls while it is on charging. When we charge the phone, the battery is heated up and phone calling at the same time will cause our battery to burn easily. 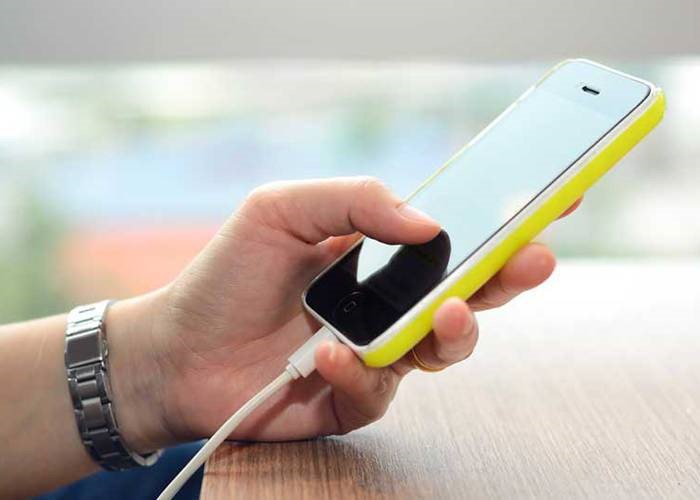 3. Being afraid that chargers from a different brand will kill your battery.

This is totally acceptable for most iPhone users. There so many chip off-band chargers on the market. Some iPhone users think a different charger will harm the battery except the original one. This is total nonsense. Some of the off-brand chargers might take longer to charge, but if the good one works well as your original charger, it is no harm to your battery. So, don’t be afraid of charging with a different brand charger will kill your battery, it is self-deceiving. 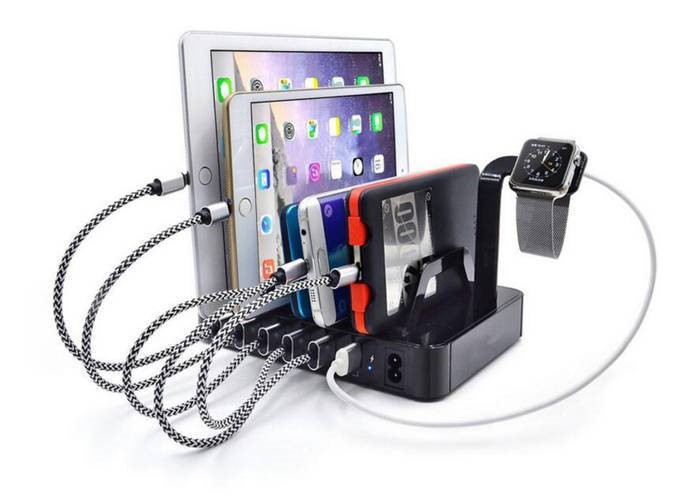 4. Thinking that turning your phone off will damage the battery.

Well, this might happen to your phone in a long time off, but not to temporarily shut off from time to time. Besides, reboot the device could make it work better on functions sometimes, as well as to the battery function. Don’t think to turn off your phone will damage the battery when it is necessary to restart the phone. 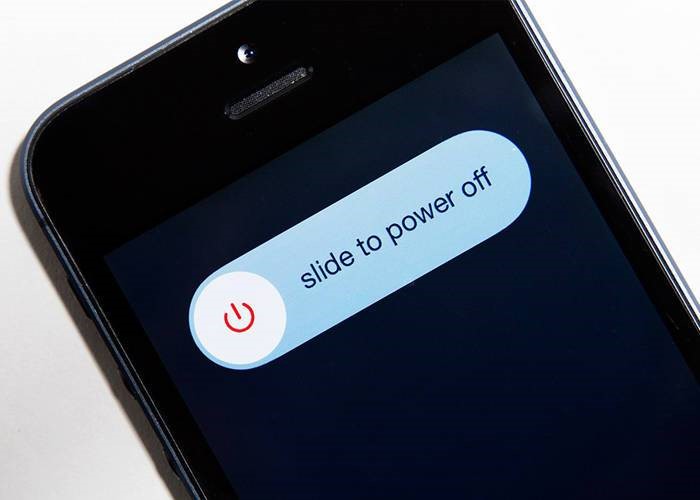 5. Trying to “train” your battery

This fake conception is that we don’t charge our phone until it is completely draining out, then we recharge our phone from zero percent to full power. People think this could make our phone battery capacity better than ever before. Actually, to “train” your battery in this way is useless. The battery capacity is fixed when it is manufactured. You can charge your phone freely even it is 90% power. The reason why your phone battery is draining so fast with the time you are using your phone because of its function downgrade. You may consider having a new battery replacement this time. 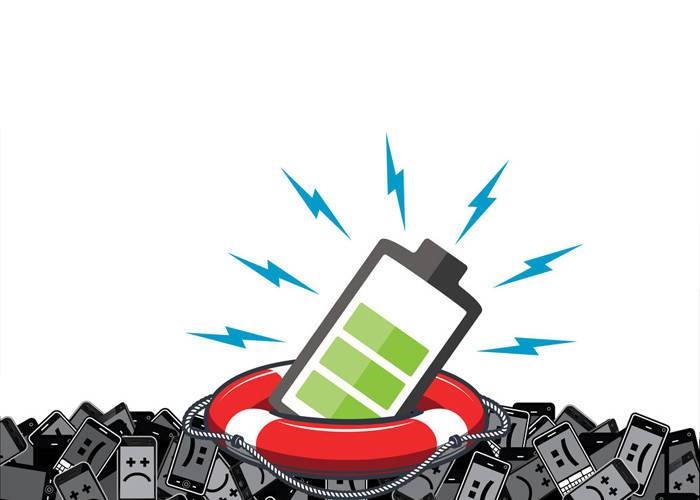 6. Not charging your phone overnight for fear of damaging the battery

This has become a habit that we watch our phone for a while before going to sleep at night. We watch videos, online news, play games or chat with friends in bed until our phone batteries are power off. We don’t charge it because we couldn’t pull the charger when the power is full while we are asleep, and we think charging our phone overnight will damage the battery. Here Etrade Supply tells you, this worry is over too much. Our smartphone will automatically stop charging the battery. It doesn’t mean that we can leave our phone charging all the time so that we don’t have to worry about the battery power off. Our phone battery like iPhone XS replacement battery best running condition is 40% to 80%. Keep the battery on this working state is a good way to prolong the battery life.

7. Putting the battery in the freezer to make it last longer 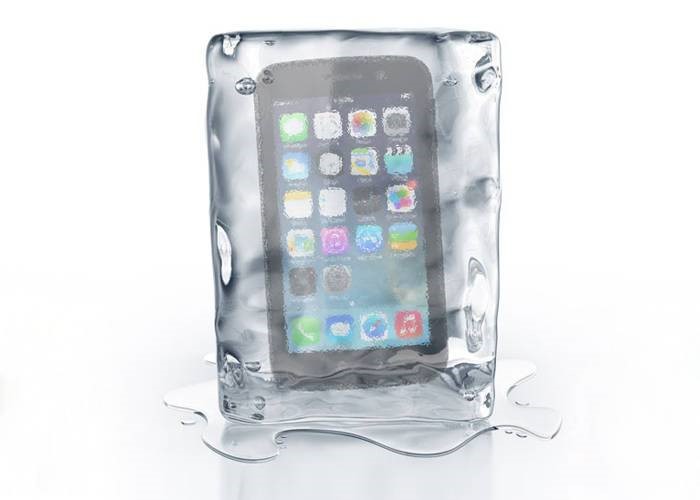 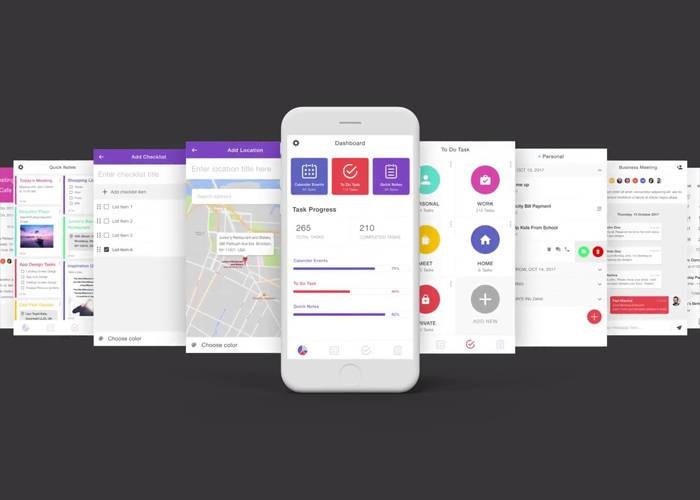 9. Fearing to leave your phone charger plugged in

This misconception is rare but still, some of us hold this worry. They are concerned about that leaving the phone charger plugged in might cause electric leakage, and catch fire. In some special cases, like water dripping, animal pets bite or children playing may be dangerous to the plug, but these situations are rare in our life. You can leave your phone charger plugged in any time you like. It’s ok for you. 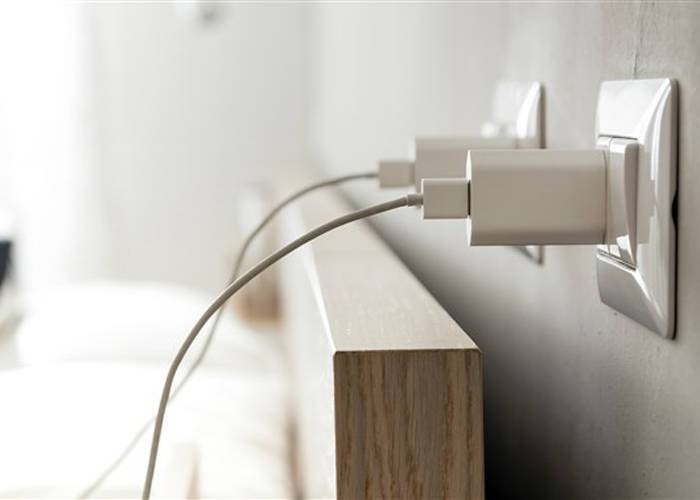 10. Not charging laptops all the time to prevent damage 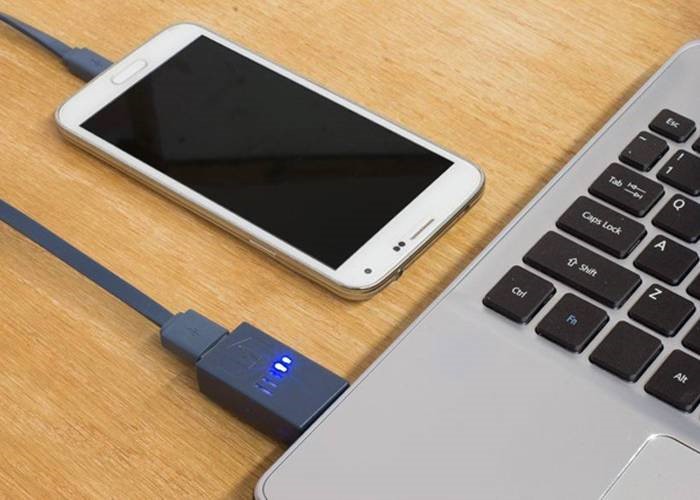 11. Turning off Bluetooth, GPS, and Wi-Fi to prolong the battery life

This is undeniable that the internet may be effective on your mobile devices. It depends on what you do with your phone. The battery will be easily draining out if you like playing online games or watching videos on a bright screen, and this will shorten the battery life. It doesn’t mean you should turn off all the network connection like Bluetooth, GPS or Wi-Fi to prolong the battery life. All you have to do is try to turn down the display luminance as much as possible. This is not good for visual experience but a good way to protect the battery.

Just like we mentioned on the 7th that the battery’s best working condition is under 25℃ temperature. Don’t take your phone to high-temperature place or cold place. Better not use the phone under the sunshine directly too long. Charge your phone a little bit if you don’t use it for a long time because the battery will kill itself if it is below zero power. These are tips to prolong our phone battery. 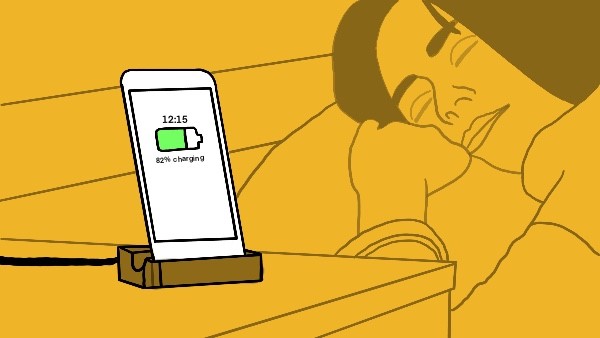 Most of us end up doing this. We plug in our device before going to bed, leave it plugged in all night and the device continues to charge for hours at a stretch. Overcharging the device shortens the battery life.

Plugging in your phone for 2-3 hours is enough as, Li-ion batteries quickly charge. They can reach 100% charge in over 2 hours.

In fact, overcharging the phone can also prove to be dangerous because the temperature rises when the battery is overcharged. Just like any other device, mobile phone batteries heat up too when overcharged and this can lead to an explosion.

Li-ion batteries contain a lot of Li-ion cells and these cells have a certain temperature. When it reaches a critical temperature due to external heat or overcharging, the cells begin to release a ton of heat.

Depending on the speed of this process, the battery could easily catch fire or lead to a minor explosion. It is also believed that smartphones are called smartphones for a reason. When a Li-ion battery reaches 100% of its capacity, charging stops on its own.

That usually happens within an hour or two. However, this does leave the phone overheated and when the phone displays an overheating alert, its best to get the battery changed and stop charging the device for longer hours. 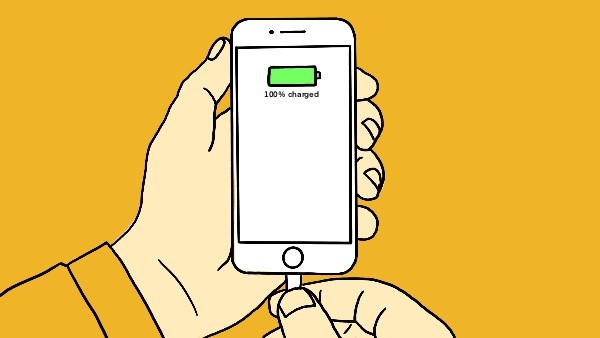 May be your smartphone battery barely lasts a day but that does not mean you keep charging it every few minutes when you see the battery drop by 10%. Frequently charging the phone can harm the battery’s life.

Also, charging the device from zero to full and then completely draining the battery on a regular basis is a bad idea. Remember, the more you plug in the device, the more the device warms up, so try not to keep it plugged in all the time.

It’s best to keep the battery charged up to 80% but never charge from zero to full and then completely drain it on a regular basis or the battery’s lifespan can suffer in the long run.

Li-ion does not need to be fully charged, because a high voltage stresses the battery and wears it away in the long run.

Do Not Use Different Chargers 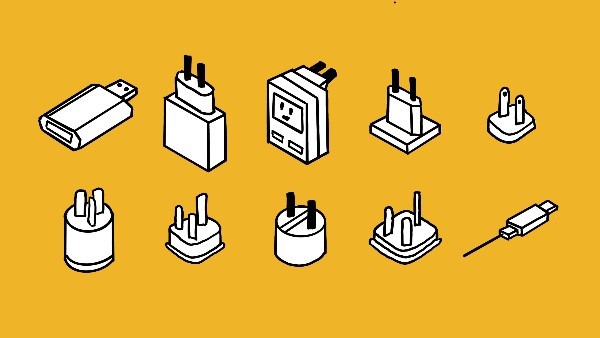 Never buy second hand chargers or use another device’s charger to charge your device.

You may not realise it but you are actually causing harm to your phone’s battery by doing so. Always carry your charger in your bag and if you’ve lost the original charger or have forgotten to carry it, avoid charging your phone using someone else’s charger as much as possible.

If you must buy one, ensure you buy only an original charger from an authorised store. Some people may find it useful that most smartphones use a micro USB for its chargers.

However, this does not necessarily mean that all chargers and phones are compatible. Some phone chargers are designed to cut-off the power it supplies once your device reaches 100% charge, while others don’t.

Since most smartphones these days have similar micro USB connectors, people assume it’s ok to charge the device with any charger that fits in properly. This can cause serious damage to not only your smartphone but also the battery.

Stick to the same charger that came with your device in the box. They were designed together and tested together, so ideally they must work optimally together. 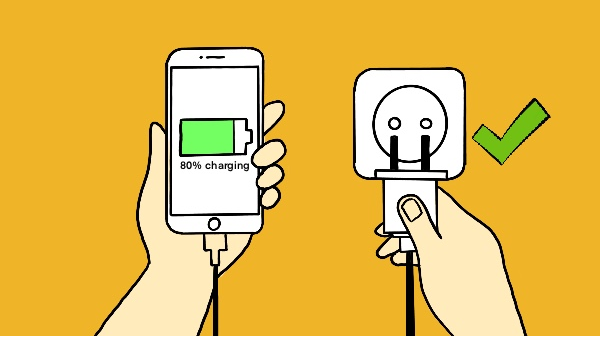 For years, it’s been believed that letting your phone charge all the way to 100% can result in the battery degrading faster compared to unplugging once it reaches 80%. At the 100% mark, certain reactions occur within the battery that ultimately degrade the electrolytes and further depreciate the battery.
Keeping your device below 100% and within a narrow range is ideal, but fully charging it is more practical for most people, especially if you have a field job.
On an iPhone, you can access low power mode through your battery settings. It will limit background app refreshes and automatic downloads.
It will also limit visual effects and turn your auto-lock to 30 seconds. Samsung includes a similar power-saving mode on its phones, so does Google with its Pixel phones.
You can take advantage of these settings when you are running low or need to conserve battery. It’s fine to fully charge it if you think you may not get to charge it all day but we’d still recommend avoiding it as much as possible. 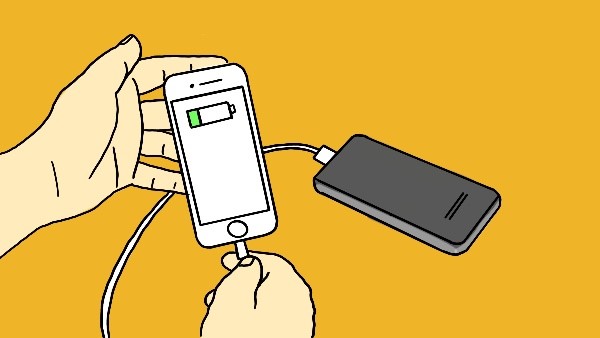 Power banks come in different sizes and the mAh figure explains the total capacity of the batteries. In other words, the more mAh the Power Bank has, the more the energy.

For instance, iPhone 8 Plus has a battery capacity of 2675 mAh, so if you want to have it fully charged, you should be using a power bank with more mAh than your phone’s capacity.

Lithium-ion, including lithium-polymer batteries used in power banks and smartphones eventually lose their capacity over time, typically after 1000 cycles depending on the battery quality. The bigger the battery, the less cycles you will need to charge it and the longer it will last.

Smartphones discharge their battery daily, thus they have shorter battery lifetime than a large capacity power bank. Power banks should essentially be used only when necessary.

Using power banks to constantly keep your phone at 100% charge will over time damage the battery, which will lead to your phone not being able to retain its charge for long. 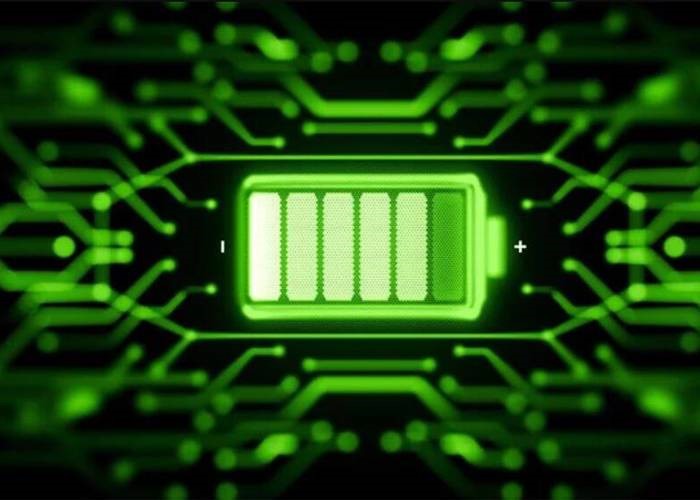 These 17 mistakes are fake conception for us on our phone battery charging. Anyway, keep our phone in good condition is good to prolong our battery life. You might also check on the phone replacement battery if it is necessary to do so. Here we recommend our new iPhone 6s replacement battery, 1715mAh to 2000mAh battery with long battery life. Perfect choice to solve your problems of iPhone battery draining fast. Do you have any tips on prolonging phone battery? Leave your comments below so that we can share.